Whose North? The Intersection of Sovereignty between Indigenous Nations and the State

This research focuses on studying the intersection between the sovereignty of Aboriginal Nations and Canada. It builds upon an MA thesis in Indigenous Governance “The Tłı̨chǫ Agreement and Small Acts of Freedom: From Self-Government to Self-Determination”, which positions the Tłı̨chǫ Agreement, a modern treaty between the Government of Canada and the Tłı̨chǫ, as an instrument facilitating the eventual exercise of Indigenous self-determination. This research demonstrated that the Tłı̨chǫ are using the new political space created by self-government, as a framework for decolonizing by protecting, recovering, revitalizing, adapting and operationalizing ways of being that are uniquely Indigenous.

“Whose North...”  poses the following question: “How does the Canadian Government’s Northern Strategy impact Aboriginal self-government and the Indigenous realization of self-determination?”    Our North, Our Heritage, Our Future: Canada’s Northern Strategy is an action plan to ensure that Canada’s new vision for the North “comes to life for the benefit of all Canadians” (Government of Canada 2013).  The four priorities outlined in the strategy are exercising arctic sovereignty, protecting the environmental heritage, promoting social and economic development, and improving northern governance (Indian and Northern Affairs 2009: 2).  The strategy also acknowledges that the North is home to many Aboriginal and Inuit peoples who are in various stages of self-government. However, the voice of the Dene and Inuit is absent throughout the document.  The strategy does not speak to the visions and goals of the Dene or Inuit, nor does it address how the aspirations of Dene and Inuit self-government will be accommodated.

Some of the preliminary proposals resulting from Canada’s Northern Strategy have aroused opposition from the Dene including the Tłı̨chǫ Government.  The federal government has moved forward unilaterally to eliminate regional land and water boards in order to “fix” the regulatory regime and speed up the permitting process for mining and oil and gas projects in the NWT.  The Tłı̨chǫ Government as well as other NWT aboriginal groups have opposed these changes to the regulatory regime as they believe it was a unilateral decision that will eliminate boards that were created as a result of land claim and self-government agreements, leaving the federal government controlling resource development on its own. 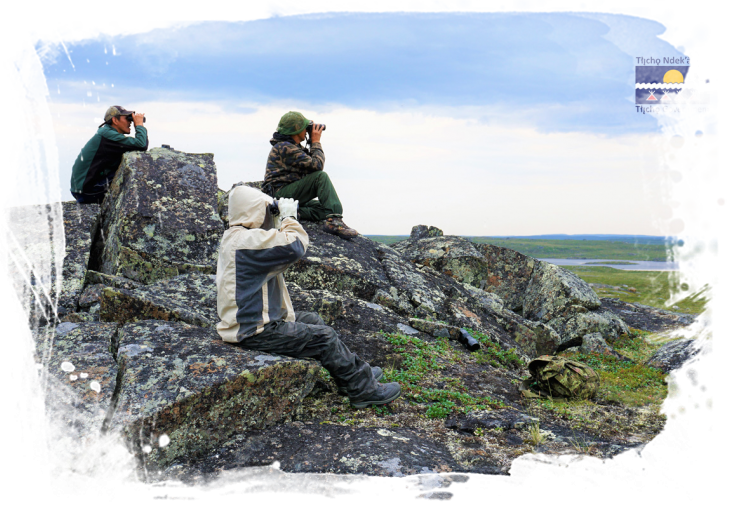